On 31 January, 2014 the Crimes and Other Legislation Amendment (Assault and Intoxication) Bill 2014 was assented to and became law, having passed through both houses of Parliament. 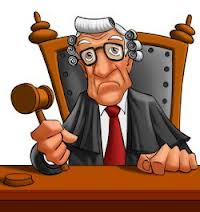 Alcohol fuelled violence has been at the forefront of media releases over the latter end of 2013 and January, 2014 where, in that period, two young men having been struck in the head by a “coward punch” or “king hit”, fallen to the ground and struck their head on the pavement, have later died.  There have been other instances where persons have had brain damage as a result of similar senseless violence.

The Bill as presented can be seen on this link.

In an effort to address not only these incidents occurring, but to stem violence in general, the NSW State Government decided to introduce the new offence of “Assault causing death” which has been inserted into the Crimes Act 1900 as section 25A.  A further section, 25B has also been enacted, which requires a court to sentence a person to a minimum of 8 years imprisonment if the offender is intoxicated at the time of the offence.

There are two provisions under s.25A.

First, s.25A(1) essentially deals with what has been tagged as the “coward punch” and makes it an offence for a person to intentionally hit another person (with their body or an object held) which results in the death of the victim.  This offence carries a maximum penalty of 20 years imprisonment.

The second leg of s.25A is subsection (2) which provides that if the person commits an offence as described in subsection (1), is above the age of 18 years and commits it when intoxicated, then the maximum penalty is 25 years imprisonment.

You will notice that it says nothing about “coward punch” or “king hit” in either section, neither does it speak about “one punch”.  The “hit” described in s.25A(1) could be more than one hit.

The other provision enacted is s.25B.

This is the “Mandatory Sentencing” provision for an offender convicted under s.25A(2) and provides that such person must be sentenced to a minimum 8 years imprisonment.  This only applies to an offence under s.25A(2).

It should be noted that these provisions simply deal with causing the “death” of a person and do not deal with persons who cause serious injury to victims in a similar way.  Such matters can be adequately dealt with pursuant to ss.33 & 35 of the Crimes Act 1900.

A couple of things should be noted about this new law.

First, in determining whether a person is intoxicated, s.25A(6) allows Police to subject an accused person to “tests” to determine the concentration of alcohol or drug in their breath, blood or urine at the time of the alleged offence.

Secondly, a person is presumed intoxicated if the prosecution prove that the person had a breath or blood concentration of 0.15 grams or more of alcohol in 210 litres of breath or 100 mls of blood.

An interesting issue that will arise, is when the person is not apprehended until the next day or even later.  What evidence will be available that the offender was intoxicated at the time of the offence?

This will undoubtedly become a key issue in defence of such persons.  Was the person “intoxicated” at the time of the offence?  What does “intoxicated” mean.  Will objective evidence from witnesses be sufficient to establish “intoxication”.

Probably a better choice of words in s.25A(2) would have been “the person was  under the influence of intoxicating liquor or a drug”.

Thirdly, the death doesn’t necessarily have to be caused by the hit received from the offender, but includes the victim hitting the ground or an object as a consequence of the assault. (s.25A(3)

Finally, s.25A(5) provides a defence to a charge under subsection (2), if the intoxication of the accused was not “self-induced” or the accused had a “significant cognitive impairment at the time of the offence.”

An additional provision is inserted in s. 428E (2) of the Crimes Act, stating that an offence under s.25A is not an offence of specific intent for the purposes of that Part of the Act.

This means that if it is self-induced intoxication, evidence of a person’s intoxication, cannot be taken into account in determining whether the person had the requisite “men rea” (or “guilty mind” ) for an offence under s.25A.

The practical working out of these new provisions including the imposition of mandatory sentencing is sure to prove somewhat of a minefield as and when offenders are brought before the courts.

It is to be hoped that these new provisions will bring an end to such offending.