Legislative Darkness on the Sunshine Coast 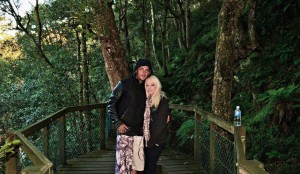 Those of us in the Legal Profession have long known that the principle of attributing guilt to a person because of his/her association with persons, commonly referred to as ‘Guilt by Association’ is hardly a conclusion that can be arrived at to prove a person’s guilt at law.

It seems however, with the introduction of the Vicious Lawless Association Disestablishment Act which was passed into law in 2013, the Newman Government has surpassed all expectations of the most trenchant supporter of Naziism.  A member of Hitler’s Gestapo would be proud to be associated (pardon the pun) with such laws.

I recently read an article about Ben Wilson on the Sunshine Coast, who, for his trouble in helping out a ‘bikie mate’ to set up a clothing shop, was visited by the storm troopers and quickly locked up.

What was Ben’s heinous crime?  Nothing more than helping a mate who happened to be a member of the Rebels Motorcycle Club.  Additionally it seems, that the premises used for the clothing shop, were previously a club house for an outlaw motor cycle gang and had been declared as a ‘prescribed place’ for the purposes of the new legislation.  Although the club had moved out some months before, it seems that the premises were left with some evil ‘aura’ that constituted them tainted premises with no further use for anything as far as the Police were concerned – they were a ‘prescribed place’ under the Regulations. One wonders what the premises had done to deserve this reputation.  Crimes are committed by human beings – not inanimate objects. Nevertheless the Queensland Government has seen fit to introduce these laws in order to curb the evil actions of human groups.

And so it is that s.60B of the Criminal Code prohibits a person who is a participant in a criminal organisation from entering a prescribed place. More frightening is the minimum penalty of 6 months imprisonment.

It is unbelievable that in a country such as ours, that espouses and promotes human rights, and is a signatory to many and various International Covenants, governments countenance such laws that incarcerate people because of their affiliations or associations. These laws cut across the very essence of human rights and breach a number of these International Covenants.

Thomas Jefferson once wrote – ‘when injustice becomes law – resistance becomes duty’.  It seems from what one reads and sees from news reports, and the various rallies that are taking place, that is just what is going on in Queensland at present.

It is easy for the general population to sit back and accept these laws as a valiant attempt by the Government to put an end to criminal groups and their anti-social behaviour, not to mention the violence and drug trafficking associated with these groups.  The problem with these laws, is that they sadly sweep up in their stride, those who are innocent of any wrongdoing such (as it seems) with Ben Wilson.

The ultimate effect of laws such as these, and the introduction of mandatory sentencing laws in New South Wales, is that they become the “thin end of the wedge” with the ultimate result being the development of a Police State.

In New South Wales last year, the ‘right to silence’ was effectively stripped from us good citizens by a government who decided that the only way to bring these ‘bikie groups’ to heel with their code of silence, was to take away the right to silence from all the good citizens of this State.  As expected, it has done nothing – to date.

In a similar vein, the Queensland Government, in its efforts to strike a stake in the heart of the Outlaw Motor Cycle Gangs and their operations, has brought in draconian laws with mandatory sentencing.  I suspect this will prove futile, but in the process, many innocent victims will find themselves caught up in the slipstream of this juggernaut and suffer extreme injustice.

If this kind of government is allowed to prosper, it will ultimately develop into a Police State without most of the population realizing it – the frog in the cooking pot syndrome.

A famous statement from Martin Niemoller in reference to Germany’s Nazi rise to power and their removal of certain groups, might prove to be ‘history repeating itself’ as the west tries to deal with law and order issues by the introduction of draconian laws –

‘First they came for the Socialists, and I did not speak out– Because I was not a Socialist.

Then they came for the Jews, and I did not speak out– Because I was not a Jew.

Then they came for me–and there was no one left to speak for me.’

Given the sad record on human rights, by various Nation States down through the history of mankind, Conventions and Covenants have been introduced by the United Nations for Nation States to become signatories and observe. Australia is one of those Nation States.

(1) Everyone has the right to freedom of peaceful assembly and association.

The Queensland Government ignores that.

Everyone shall have the right to freedom of association with others, including the right to form and join trade unions for the protection of his interests.

The Queensland Government ignores that.

The problem with these covenants and conventions is that they don’t have the force of law. However, it makes one wonder, why we, as Australians, boast of our recognition of human rights, and yet clearly allow State Governments to introduce laws which are clearly at odds with such.

In 1950, the Commonwealth Government enacted legislation in an effort to outlaw The Australian Communist Party because it was said to be:

“…. a revolutionary party using violence, fraud, sabotage, espionage and treasonable or subversive means for the purpose of bringing about the overthrow or dislocation of the established system of government of Australia and, particularly by means of strikes or stoppages of work, causing dislocation in certain industries which are declared to be vital to the security and defence of Australia.”

The Act was struck down by the High Court on Constitutional grounds.

Sounds familiar, doesn’t it?  Except now – it is not the Communists – it is Bikie groups using violence, fraud and sabotage, and of course – Drugs.

There are plenty of State and Commonwealth laws in place and agencies to control these groups.  It necessitates the Police to go out, investigate, arrest and charge them.

Short of a change in attitude by the Queensland Government, which seems unlikely, a High Court challenge seems the only answer, and that might not produce a sure outcome.