Right To Silence in NSW – Part 1 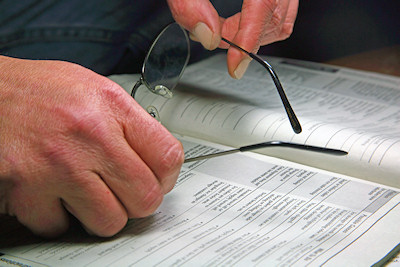 This provision, along with other provisions relating to “disclosures” by the defence, was introduced by the New South Wales state government with little or no resistance from the opposition and independent parties. The issue of disclosure by the defence, has now been included in District Court’s Practice Note 9 and Practitioners should make themselves familiar with it.

This paper is limited to dealing with the introduction of s.89A of the Evidence Act 1995, which states:

The reason for this sudden change was explained as follows –

The Premier – Barry O’Farrell, with a line up of support at a press conference from the Police Minister and Police Commissioner, in defence of this legislation stated at Sydney on Friday 17th August, 2012 the following –

“We owe our legal tradition to Britain. Here’s another example of NSW adopting a legal precedent.”

Next in line at the press conference was the Police Minister, Mr Mike Gallacher who stated –

“Victims of crime will now see the scales of justice come back to a balance.”

“I think this is an overwhelming victory for common sense in the state of New South Wales. We have been asking for it for years, we welcome today’s decision and announcement and I look forward to working with the Government in implementing what will be, I think, potentially a game changer in this State.”

Later in an interview with Quentin Dempster on the ABC, the Attorney General, Mr Greg Smith SC had this to say among other things, when quizzed by Dempster as to justification for this legislation –

“Our justification is that we see probably an unprecedented number of shootings and other terribly violent acts in recent times. We’ve been facing witnesses who will not co-operate and although we have ways to try and compel them to co-operate through the Crime Commission, they are often involved in crime themselves, so we felt we needed a circuit breaker to really give a chance to the prosecution to get convictions in these cases.”

And so it is, that we have this rather strange reasoning from Politicians and Police for the introduction of such draconian legislation.

Advocates for this “game changer” have expressed their long held concerns as to how criminals for too long have been able to hide behind a veil of silence, which prevent police from “getting to the truth”.

Lawyers have been accused of being “cunning” in the way they have found easy ways of getting around the “right to silence” laws and horror of horrors, since this legislation has been introduced, lawyers have been “running away from Police stations” to avoid having to advise their clients and so frustrating the requirements of s.89A(2)(c). (the requirement that a lawyer be present)

The Premier, in another attack on lawyers, recently spoke about proposed changes to LEPRA (s.99) and how “lawyers, exploit those provisions”.

It is rather disappointing to hear persons in such important positions of power accusing lawyers of “exploiting” laws when in actual fact, such are simply applying and testing those laws in a court of law, that the Parliament has itself created. The dictionary definition for the word “exploit” in that context, means to “use selfishly for one’s own ends”.

The laws that have developed over the centuries, building up and protecting the rights of accused persons, are now in recent times being eroded by various State Governments in this Country with Draconian legislation, pretending to target lawless individuals or groups, but all the while eroding some very important rights that we as individuals enjoy.