Proctor & Associates will advise you on the best course of action in order to obtain the best possible result for you. Should you find yourself needing to appeal a hearing or sentence, contact us immediately and organise an appointment.

Appeals from the Local Court to the District Court

Following a hearing or sentence in the Local Court, the accused person may appeal to the District Court as of right. 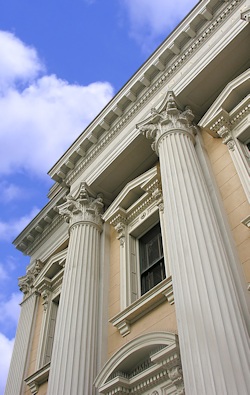 An appellant has 28 days within which, to lodge an appeal. An appellant has a further period up to a total of three (3) months to appeal, but after 28 days must seek leave to appeal if lodged after then.

The power to lodge an appeal is provided in the Crimes (Appeal and Review) Act 2001.

Before lodging an appeal, a proposed appellant must decide whether he is going to appeal against both conviction and severity.

An appeal against Conviction is necessary where the magistrate has found you guilty but you still assert your innocence, declaring “I’m not guilty”. In such circumstances you will need to lodge a “Conviction Appeal”.

However, you might also have been sentenced and you feel the sentence is too harsh. In those circumstances you will need to lodge a “Severity Appeal”.

So, in such a case as that above, you will need to lodge both a Conviction appeal and also a Severity appeal.

In a case where you have pleaded guilty to the charge before the magistrate and believe the penalty is too severe, then you need only lodge a “Severity Appeal”.
Again, this must be lodged within 28 DAYS of the sentence date.

Appeals to the Court of Criminal Appeal

Where an appellant has been found guilty before a Judge and Jury in the District Court and protests his innocence, then such person can lodge a Notice of Intention to Appeal provided by the Criminal Appeal Act 1912.

Clearly there must be a question of law, in respect of an appeal against conviction (a); law and/or fact if the trial judge issues a certificate (b); and leave of the Court granted for an appeal against sentence (c).

The lodgement of a Notice of intention to appeal must be carried out within 28 days of the Conviction or Sentence date. (s.10)

Licence and other Appeals to the Local Court

There are numerous administrative decisions made by Government bodies that allow for an appeal to the Local Court.

The more common of those appeals, are those associated with suspension of one’s Driving licence.

There are also numerous other situations where people can bring an application to the Local Court seeking justice against bureaucratic decisions depriving them of their livelihood or other disadvantage.

Proctor & Associates will advise you on the best course of action in order to obtain the best possible result for you. Should you find yourself in need of appealing a hearing or sentence, contact us immediately and organise an appointment.