A common offence that occurs among those who are in receipt of Commonwealth Benefits, is that of what is commonly called Centrelink Fraud, or welfare fraud – ie. people obtaining benefits for which they are not entitled. 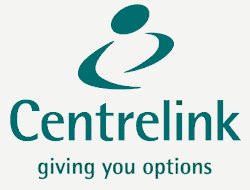 It is not uncommon to see people who are convicted of such offences be sentenced to some form of custodial sentence and often, full time Gaol – particularly when large sums of money are involved and the fraud is perpetrated over an extensive period of time.

In fact, the higher courts have set down many a precedent when dealing with welfare fraud cases, stipulating that persons who impose on the Commonwealth should receive some form of custodial sentence.

The most common offenders in this category are those who are in receipt of unemployment benefits and not entitled to such, often because they have a job, the income of which they don’t disclose to the Centrelink office.

Other classes of offenders are those who attend various forms of study and whilst in receipt of Student Allowance, obtain part time work and fail to disclose such income.

There are also those who continue to receive a carer’s allowance while not continuing as a carer. Other offences occur when a surviving spouse still receives the payments of a deceased spouse without notifying the office.

There are a variety of situations which can arise, but all fit into the same category of – fraud upon the Treasury of the Country. When such benevolence is abused, it calls for severe welfare fraud penalties.

Should you find yourself in such situation, it is imperative that you contact a lawyer to protect your interests.

We at Proctor & Associates will advise you on the best course of action in order to mitigate the criminality.

Should you find yourself in this unfortunate position, contact us immediately and organise an appointment.