A Sydney Criminal Defence Lawyer writes about the new laws relating to Criminal Groups and Consorting.

Peter Proctor, the Principal Solicitor and Criminal lawyer of Proctor and Associates at Parramatta has analysed the new Organised Crime and Consorting Laws, including the new NSW Bikie Laws, that have been passed by the NSW State Government and which commenced on 9th April, 2012. 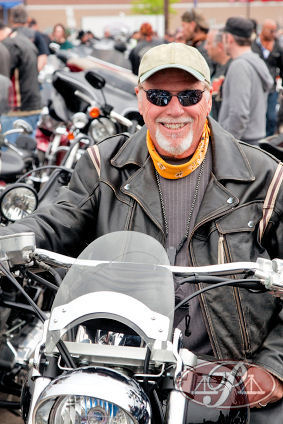 Call Proctor & Associates at their Parramatta law offices if you have been spoken to by Police and need legal advice, or have been charged with a Criminal Offence.Criminal Groups & Consorting

The intent of this new legislation is aimed at more stringent controls associated with “law and order” on the streets, particularly focusing on what are described as Outlaw Motor Cycle Gangs. The problem with the consorting laws is that innocent people can be caught in the web of the Government’s good intentions to clean up the streets.

The former offence of consorting in s.546A of the Crimes Act has been repealed and a new offence has been inserted in Part 3A – Division 7.

The new offence of consorting – S. 93X(1) carries a maximum penalty of 3 years imprisonment is as follows:

Maximum penalty: Imprisonment for 3 years, or a fine of 150 penalty units, or both.

So, if on two occasions, (with no time limit between those occasions) a person consorts with 2 or more convicted offenders (together or separately) and has been given two official warnings by a police officer, then the person is liable upon conviction to be sentenced to 3 years in prison.

This is rather Alarming!!! – “Police State” legislation. Think about it:

Secondly, a person can be found guilty, not necessarily by having personal contact with the prior offender, but the consorting can be carried out by electronic communication such as telephone or email, to name two. The definition of “consort” – means consort in person or by any other means, including by electronic or other form of communication.

Now, you might ask, “how would the police know about communication through electronic means?”

This is a more worrying question.

Previously, the offence of Consorting was a summary offence and one which carried a maximum penalty of only 6 months imprisonment. That being the case, warrants by the Authorities could not be taken out to enable surveillance of suspects for such offence.

However, an offence under 93X is now an indictable offence (Table 2) with a maximum penalty of 3 years imprisonment. Law enforcement officers are now able to carry out lawful surveillance on suspects for suspected consorting.

Under the Surveillance Devices Act, in order that a warrant be issued for the recording of illegal activities, one of the basis for the issue of such warrant is that a law enforcement officer must suspect on reasonable grounds that a relevant offence “has been, is being, is about to be or is likely to be committed. A “relevant offence” is one that may be prosecuted on indictment. That means that it must be an indictable offence and not a summary offence.

We can see therefore, that the intent of this legislation is far wider than it seems on the face of it.

There is a Defence available under S.93Y which provides as follows:

This defence provision, despite being a defence, still envisages that a person of the above class, can still be charged, but, if they satisfy the Court that it “was reasonable in the circumstances”, then the offence can be “disregarded”. This is either poorly worded legislation, or intended by the Government to catch family members, employment associates, educational personnel and legal advisors anyway, and let them put up a defence. What a good way for Law enforcement officers to obtain a warrant and “listen in”, for example, to the Lawyer talking to his client.

This legislation attacks our freedoms of association and if not used discreetly by Police, could lead to a serious deprivation of civil rights not to mention the development of a police state. Of more important concern though, is the ability of police authorities to abuse their powers under the surveillance legislation with the suspicion of “consorting” being the trigger for a Judge or Magistrate to issue a warrant for a surveillance device.