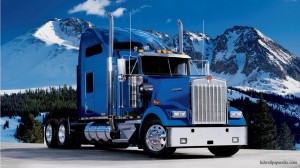 Please note: this information has now been updated, and the new laws are summarised on our Heavy Vehicle National Law page.

Click this link to open all 755 sections of the Queensland Act.

The purpose of this Act is to create a National Scheme for the regulation and control of heavy vehicles, through a National Regulator.  The National Regulator is based in Brisbane, Queensland. The idea behind this National Law is to reduce the burden on businesses operating across State and Territory borders by having one national law.  This new Law replaces NSW transport legislation for heavy vehicles however there are some distinct provisions in the NSW Act which amend parts of the adopted Act and should be noted.

In the Second Reading Speech, the minister for Roads & Ports, the Hon. Duncan Gay stated –

‘The purpose of the Heavy Vehicle (Adoption of National Law) Bill 2013 is to apply the National Heavy Vehicle Law as a law in New South Wales. This delivers a decision of the Council of Australian Governments [COAG] to establish a single national heavy vehicle regulator [NHVR] to streamline safety and access regulation for heavy vehicles over 4.5 tonnes across Australia, whilst ensuring that the standards which apply to heavy vehicles in New South Wales are maintained and strengthened.’ 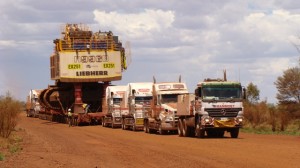 The National Regulator’s function (pursuant to s.4 of the Act), is to ensure that the object of the Act is achieved.  It will also provide for national registration of heavy vehicles (over 4.5 tonnes GVM) and will prescribe requirements (among other things) as to the following –

It will also impose duties and obligations to ensure compliance with the above and also the provision of ‘exemptions’ and ‘authorisations’ for access to certain roads by heavy vehicles.  Permits for heavy loads and wide loads etc. will be approved through the Regulator. The Regulator will also provide for accreditation schemes, allowing operators of heavy vehicles who adopt best practices to be subject to alternative requirements more suited to their business operations.

Although much of the new laws incorporate the old provisions, Operators will need to ensure they are  “up-to-speed” with any additional provisions.

Should you be the subject of a Heavy Vehicle prosecution and need the services of a competent Law Firm to fight for you, contact Proctor & Associates and we will gladly assist.