Call Peter Proctor of Proctor & Associates for an appointment or just some helpful advice if your situation is pertaining to Licence Appeals matters on 02 9687 3777 or email him directly at peter@proctorlaw.com.au. 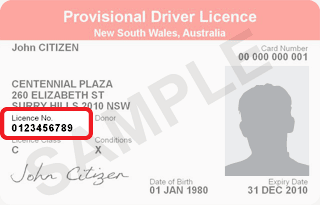 This Article deals with the following:

Most of us from one time to another through our driving career, have found ourselves in the unenviable position of losing our licence. This can happen in a variety of ways, but generally it arises either because we incur an excess of demerit points or we commit a speeding offence of 30 or 45 kph over the speed limit. Sometimes it can involve a combination.

What should I do if I receive a Speeding Fine of over 30 or 45 kph and acknowledge the offence? – Should I pay the fine or take it to court?

As a defence lawyer, I am often confronted with these questions. Drivers are well aware, that if they receive a speeding fine for an offence of 30 or 45 kph over the speed limit, then they can expect a suspension or disqualification of their licence. Also, P 1 licence holders are now automatically suspended for any speeding fine.

The question is – what should you do? It is my view that the better option is to pay the fine and lodge an appeal against the suspension. However, you should contact your lawyer before doing so, if you have any doubts, in order to obtain legal advice. Various factors pertaining to particular individuals (eg. their driving record) might justify a different course of action.

In recent times, the Government (with good cause) has created extremely harsh penalties that govern P1 licence holders. As a P1 licence holder, a minor speeding offence (ie. 10kph or less over the speed limit) will result in such person receiving 4 demerit points and also a suspension of licence for 3 months. If such driver is guilty of committing a speeding offence of over 30 or 45kph, then such driver can expect a suspension of 3 months for the speeding offence itself (having received 4, 5 or 6 demerit points) and an additional 3 months or 6 months for the respective mandatory suspension period. From experience, it seems that the RTA doesn’t understand the principle of serving a suspension concurrently.

Should such misfortune befall you, and you find yourself being suspended for 3, 6 or 9 months then in such circumstances you can lodge an appeal to the court to seek a reduction in the suspension period. However, you will need to provide sound grounds for such appeal.

Generally, when drivers are stopped by police for speeding (without more) they will receive an infringement notice for the offence. This will require that they either pay the fine or fill out the reverse side of the ticket and take it to court. In offences involving speeds of over 45 kph, police have the discretion to suspend the person on the spot. In such cases they might not issue a ticket but rather a court attendance notice which requires the driver to attend court to answer the charge.

If a person who receives an infringement notice decides to take the matter to court, or if the Police issue a court attendance notice, then, when the matter comes before the court, if the person is convicted of the offence, then there is a mandatory minimum disqualification period of 6 months. In the case of a speed of over 30 kph the court, on conviction must disqualify for a minimum period of 3 months. In such circumstances, the offender also receives the allocated demerit points. If the offender is able to convince the court that no conviction should be entered against him/her, and the court grants a s.10 dismissal, then the court will neither fine nor disqualify such person. Thankfully owing to a change in the legislation, which commenced 31 January, 2011 – no demerit points are accrued with a s.10 dismissal.

Alternatively, if a person issued with an infringement notice decides to pay the fine, then a short time later, such person will receive a letter from the RTA advising that from a particular date, he/she will have their licence suspended for a period of 3 or 6 months (depending upon the offence), and as explained above, a P 1 licence holder will be given an additional period for the demerit points as will anyone else who accrues the limit of demerit points.

Any licence holder can appeal against a suspension of licence by the RTA for an over 30 or 45 kph speeding offence. There must be grounds for such appeal, and those grounds must be seen by the court to be valid and not superficial or hollow. Generally a loss of job or medical issues will found a valid argument for either a successful appeal or a reduction in the suspension period. Remember, the court in an appeal application can reduce the suspension period, which is not available if the offence is taken to court at first instance.

The number of points resulting in a licence suspension varies for different licence types:

Full licence holders have no licence appeals rights owing to the accumulation of 13 or more demerit points. However, they have the option of taking up a good behaviour licence for a period of 12 months.

It must be remembered however, that if you take up a good behaviour licence and commit an offence which carries 2 or more points, then you are suspended for double the initial suspension period. There is no appeal to a court in such circumstance.

P plate licence holders are in a different position to those holding full unrestricted licences insofar as their appeal rights are concerned.

Both licence holders can appeal against a suspension of licence should such situation arise, however such appeal must have merit.

Call Peter Proctor of Proctor & Associates for an appointment or just some helpful advice on any Licence Appeals matters on 02 9687 3777 or email him directly at peter@proctorlaw.com.au