In 2012 the NSW State Government, in an effort to confront and control the behaviour of “outlaw bikie gangs”, amended the old NSW consorting laws and brought in new legislation by way of the Crimes Amendment (Consorting and Organised Crime) Act 2012. 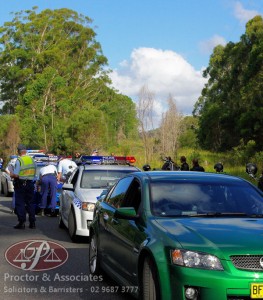 The provisions came into force on 9th April 2012. The Crimes Act was amended by the insertion of various Sections, one of which was s.93X which essentially states that if a person habitually consorts with 2 convicted offenders on two separate occasions and has been given an official warning in relation to each of those convicted offenders, then such person is guilty of an offence and liable to a maximum of 3 years imprisonment or a fine of 150 penalty units ($16,500) or both.

There is a statutory defence to such a charge if the convicted offender is a family member, in the course of lawful employment or business, education or training, the provision of health or legal services, in custody or compliance with a court order.

The definition to “consort” under s.93W means – “consort in person or by any other means, including by electronic or other form of communication.”

It doesn’t take much for the imagination to know that this includes telephoning, messaging, tweeting, Facebook, and any other forms of communication.

The simplest dictionary meaning of “consort” is to “associate or keep company with”.

The aim of the legislation, according to the Attorney General, is to break criminal ties and milieu.

To read this article in full, please visit http://www.bikeme.tv/index.php/nsw-consorting-laws-explained-lawyer/. BikeMe.tv is a website dedicated to enriching the lives of motorcyclists everywhere. From their website:

“To the staff and members of BIKE ME! motorcycling is not a mere hobby or a pastime. It is the very breath of life itself. It is a revelation and a blessing. Riding a motorcycle is the greatest thing a person can do, short of maybe saving orphans from a forest fire or curing cancer. Motorcycling is a means and an end and a reason and an excuse and a validation for the human condition. And we love it. So we’re going to showcase it for you on these pages, just the way we think it should be showcased – with honesty, passion, intelligence, controversy and wit.”