The State Government has decided that they need to make changes to the Crimes (Domestic and Personal Violence) Act. As if it’s not a big enough industry now, it will undoubtedly become bigger. The Government says that the revision is in plainer English now and there will be no excuses for people not knowing that they have an order against them. 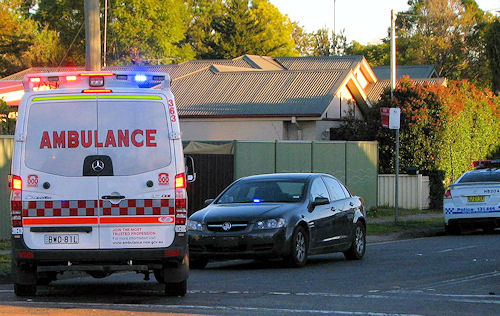 First, the Meaning of “domestic relationship” is expanded to now include former and current partners, even if the current partner of the PINOP (person in need of protection) doesn’t know the former partner.

The “objects of the Act in relation to domestic violence” which the government seeks to recognize, and set out in Section 9, has an additional clause (3)(f1) which states –

Its not quite clear why these groups have been singled out for Parliamentary recognition and added to section 9, as 9(3)(c) already recognizes “that domestic violence occurs in all sectors of the community.”

This just about covers everything that can happen in a domestic dispute. And if you kick the cat (or dog) after a dispute with your partner, then the offence you commit under the Companion Animals Act will be a “domestic violence offence” giving rise to the court making an AVO.

Section 16 deals with the making of an Apprehended Violence Order by the court. S.16(1) requires the PINOP to have reasonable grounds to fear and that such PINOP in fact fears the commission of a domestic violence offence/intimidation/stalking. However, a new subsection 16(2)(d) has been added such that the PINOP doesn’t have to “in fact fear” if the court is satisfied on the balance of probabilities that the person has reasonable grounds to fear the commission of a domestic violence offence against the person. In those circumstances then, if an order is made, (s.16(2A) ) the only restrictions that can be imposed on a defendant are the Statutory provisions set out in s.36.

The “bar” is getting lower and lower for the prosecution to obtain domestic violence orders.

Changes to Section 32 allows Provisional Orders to continue beyond the current 28 day limit through to conclusion one way or another.

An additional condition can be imposed by the court (s.35(2)(c1) on a defendant in “prohibiting or restricting the defendant from locating or attempting to locate the protected person”.

The word “molesting” has been removed and damage to property has been added.

When seeking property recovery orders by a court, the applicant must include details of any relevant order with respect to property under the Family Law Act 1975 (s.37(1C). Under s.37(1D) the court or authorized officer must make inquiries into any relevant family law property orders and take them into consideration.

A new section, s.40A has been inserted to allow a Children’s Court to make AVO’s during care proceedings, for the child, relatives, or those with whom the child resides on the same property.

A child witness cannot be questioned by the defendant directly in ADV proceedings. S.41A. It must be by an Australian legal practitioner, or a suitable person appointed by the court.

S.57A allows the court to proceed and hear the matter in the absence of either the defendant or the person for whom the order is sought. The court must consider the application notice and any written statement provided by a police officer.

This will seriously impact upon applicants for a firearms licence or weapons permit where, within a period of 10 years prior to such application, the person was subject to an AVO. This will affect any police officer, security officer or even a person wishing to join the forces who has been subject to an AVO for whatever minor reason.

These provisions under s. 11(5)(c) of the Firearms Act 1996 and s.10(3)(b) of the Weapons Prohibition Act 1998 will have to be reviewed by a panel in order to resolve these implications. The simplest way to deal with it would be to remove the mandatory preclusion and allow a discretionary test to be applied.

Other problems can arise with young people seeking employment through a working with children check where previously, an AVO has been in place.

If you need any advice or assistance regarding an order of protection, please do not hesitate to contact Proctor and Associates on 02 9687 3777.