Stopped by Strike Force Raptor Police because of false "Intel"

A young lady came to see Proctor and Associates about having been pulled over by Police as she drove home in her private motor vehicle from the City, late one evening. 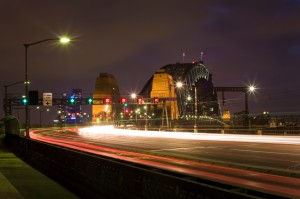 Two plain clothes police in an unmarked police vehicle got out and approached her vehicle and asked for her driver licence.  They were part of Strike Force Raptor.

She asked why she had been pulled over and what had she done wrong.  She was asked by an officer whether she knew a certain person, as the police computer showed that the person had driven her car.  She told them that he had never driven her car and queried why it would be on their computer system.

They went to the police car and kept her detained for a short while.  They came back and told her she was free to go.  She was none the wiser as to what was going on.

This was not the first time this young lady had been pulled over and questioned about her association with Bikie groups.

Proctor and Associates wrote to the Commissioner of Police making a complaint as to this police conduct and the false “intel” attached to her motor vehicle. An investigation was followed up by Detectives appointed by the Commissioner.

Following this investigation, the young lady was told that the intel warning attached to her motor vehicle had been removed.

Thankfully, this young innocent lady can travel the roads of this State without any further interruption to her civil liberties.

Maybe other members of the public have had similar experiences where they are subjected to all kinds of harassment by police because of some concocted connection with unsavoury groups held as “intel” on their computer systems.

If such false “intel” is held by Police about YOU, it is important for you to have something done about it as it is not uncommon for Police to perform “unlawful” searches of persons and motor vehicles based on such false “intel”.