Interlock device for some DUI offences mandatory in NSW

This legislation, to commence on 1 February, 2015 is an excellent program designed to teach people not to drink and drive.

Initially, when the Interlock program was introduced in 2003, Magistrates were hesitant to order such. Over the years, there has been a gradual softening toward their use, however, there is still a hesitancy by Magistrates to order them for drink driving. 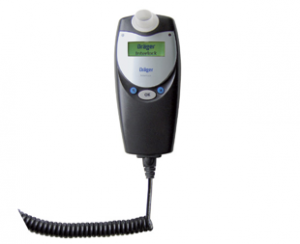 This legislation, now makes it MANDATORY under certain circumstances.

WHAT IS AN INTERLOCK DEVICE?

An interlock device is a breath testing instrument which is connected to the electrical system of the motor vehicle. In order for the engine to start, you must pass the breath test. Such instruments must be installed by an approved installer.

WHICH OFFENDERS ARE ELIGIBLE

If a person commits a “mandatory interlock offence” then the Court can either make an interlock order or alternatively an exemption order.

This table assists in understanding the Disqualification & Interlock Periods

The “mandatory” effect applies to second or subsequent drink driving offenders across the board, however, it also includes first time offenders of high range drink driving, and refuse breath analysis or blood test.

A second or subsequent offence in simple terms, occurs where a person has been convicted of a second drink driving offence within a period of 5 years.

WHAT HAPPENS IF I DON’T TAKE UP THE INTERLOCK PROGRAM

Although a person has committed a Mandatory Interlock Offence, the court may exempt such person from the interlock program.

However, for a magistrate to do so, the onus is on the accused to prove to the Court’s satisfaction that the person doesn’t have access to a vehicle into which such device can be installed. Alternatively, the person has a medical condition which prevents him/her from providing sufficient breath into the device.

Inability to afford such device, is not an acceptable reason and the Authority will provide financial assistance where necessary.

The new amendments have implications for all of us apart from drink driving offences.

If a person holding an unrestricted licence, incurs the threshold number of demerit points twice within a period of 5 years, then the Authority may require that person to undertake a driver knowledge test or a driver education course or both.

P1 and P2 driver licence holders who reach the threshold number of demerit points twice within a period of 5 years may be required to undergo a further driver knowledge test.